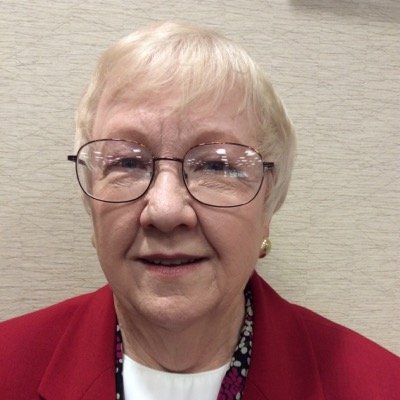 “Are You Getting What You Pay For?”

Do you ever feel “ripped off” in the marketplace? Do you understand Pennsylvania’s amusing and confusing sales tax applications? When you pump a gallon of gas, how do you know that that is what you received? Have you noticed that packages are shrinking the amount of product we get for the price we pay? When selecting merchandise, do you have to hunt for the price? Have you ever been overcharged at a scanner checkout register? Your shopping trips will never be the same after this entertaining and educational presentation packed with important consumer information.

Mary Bach is a long-time Consumer Advocate who now Chairs the AARP Pennsylvania Consumer Issues Task Force. As a volunteer, she is spreading AARP’s strategic messages about fraud against older consumers.

A former high school teacher, elected Murrysville Councilwoman, and then elected Franklin Regional School Board member, she has numerous television and radio credits, including appearances on the “Today Show”, “Good Morning America”, “Donahue”, and “Dateline”, as well as many segments on local TV programs and talk-radio shows. She has been interviewed and quoted in many publications, ranging from “Good Housekeeping”, “Business Week”, and “Money Magazine” to “USA Today”, “Wall Street Journal”, “Washington Post”, “New York Times”, and “Philadelphia Inquirer”, among many others. She has keynoted or been a featured speaker or workshop presenter at numerous state, national, and international conferences on a wide variety of consumer issues.

For seventeen years she wrote a newspaper column for grocery industry trade papers. She has served as a panelist on the national Consumer-Industry panel of the Direct Marketing Association, and she has been in the forefront on telemarketing issues, from the consumer’s perspective. She is VP of the Scanning Certification Advisory Board, helping to set industry standards for retail pricing accuracy at the checkout. She has served on the Task Force for the Protection of Older Consumers, sponsored by the Pennsylvania Attorney General.

In 1999, she was named National Consumer of the Year in a ceremony at the National Press Club in Washington, D.C. She also received the Consumer Service Award from Pennsylvania Attorney General Mike Fisher. She has been honored by AARP as the 1998 recipient of the Above and Beyond Award and in 1999 as Volunteer of the Year. She was named a Community Champion by the United Way and the “Pittsburgh Post-Gazette” and a recipient of the Jefferson Award Bronze Medal.

All luncheons start at Noon at the
Doubletree Hotel by Hilton
Take Exit 67 off Parkway West, I-376
Turn left onto Mansfield Avenue
Turn right at the Doubletree sign