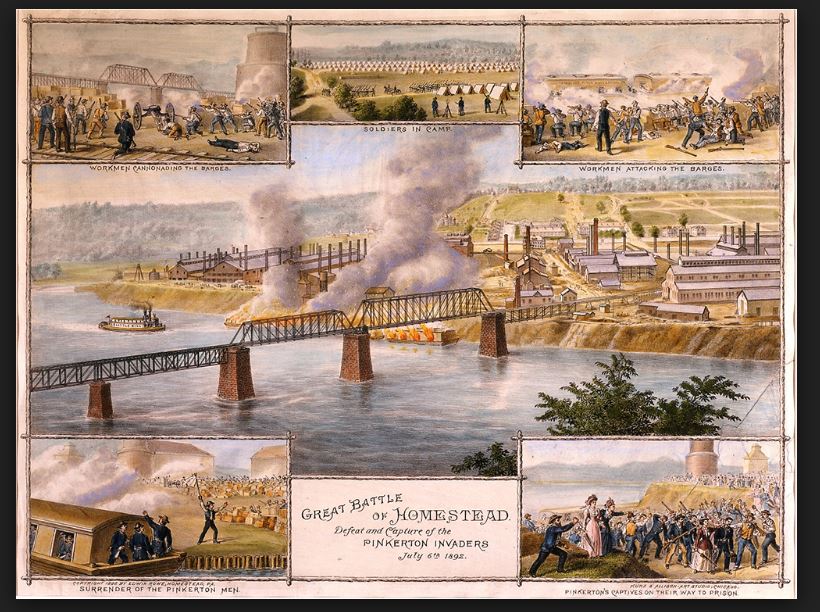 The Battle of Homestead is the most famous event in American labor history, and perhaps the most significant. Just after dawn on July 6, 1892, the battle erupted when locked-out steelworkers of the Carnegie Steel works at Homestead, together with citizens of the town, broke into the closed and fortified mill nick-named “Fort Frick” after CEO Henry Clay Frick. On the bank of the Monongahela River, they confronted a private army of Pinkerton agents hired by Frick as they attempted to land and secure the mill. The battle was soon joined, and raged throughout the day with gunfire, burning oil, and cannon.

At day’s end, the Pinkertons surrendered. Seven workers and three Pinkerton “detectives” lay dead, with others wounded. When the Pinkertons were led away they were humiliated and beaten as they passed through a gauntlet of enraged women, children and townspeople. The conflict marked a watershed in U.S. labor relations and casts a deep shadow to this day.