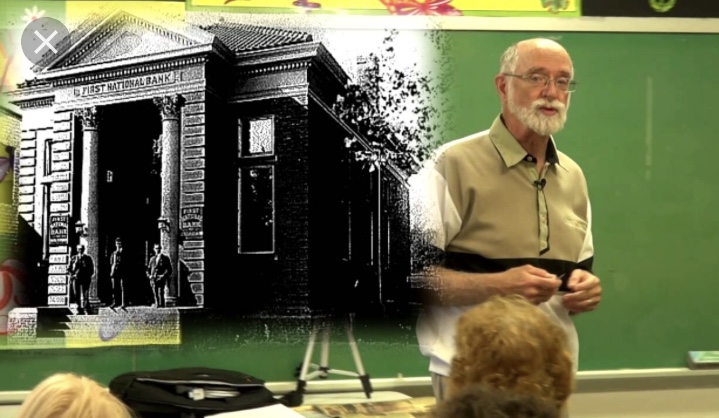 Edd Hale is a retired middle school history teacher from Keystone Oaks School District. During his 35 years he taught mostly US history covering the period from discovery to the pre-Civil War era. Recently, in his spare time, he has been volunteering as a crew member on the US Brig Niagara, the Flagship of Pennsylvania based in Erie, doing day sails and extended voyages. His interests also include traveling, metal detecting, bicycling and computers.  He has taught Osher classes on The War of 1812, The Great Castle Shannon Bank Robbery, the Brig Niagara and on using Mac computers.Mr. Hale will speak about the Great Castle Shannon Bank robbery of 1917.

On May 14, 1917, the sleepy mining hamlet of Castle Shannon erupted in violence as four desperadoes robbed the town’s only bank and found themselves caught in a Wild West-style shootout with the townspeople. Hear how this holdup was planned, executed, and partly foiled as we look at one of Pittsburgh’s most notorious crimes. Based on extensive research of court documents, period newspapers, and even an eyewitness interview, this almost unknown story rivals other well-known tales of the Daltons, Youngers, and James Brothers.

SEPTEMBER IS MEMBER APPRECIATION MONTH – LUNCH WILL BE $10 FOR MEMBERS

RSVP NO LATER THAN SEPTEMBER 14, 2018 TO TAKE ADVANTAGE OF RESERVATION PRICE OF $10.00 for ACRA MEMBERS