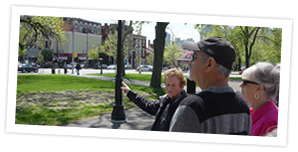 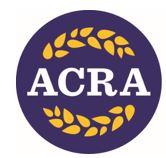 We thought you might like to know a little something about the history of the Association—when and how it got started, and some of the main players in those early operations.

Records show that the Allegheny County Retirees Association (ACRA) was registered as a non-charitable non-profit organization on November 14, 1984, by Joseph C. Snider, Executive Director of the Board of Directors.  At the time of incorporation, the officers were Michael Needa, President, William Minoque, Vice President, Delia Hackett, Financial-Recording Secretary, and Irene LNU, Treasurer.  Besides Mr. Snider, the remaining Board members were:  Sebastian Sherry, Stephen Wajeet, Peter Sulick and Edward Guyton.  And its mission statement proposed, among its goals:

“[t]o form and maintain an organization for the purpose of aiding each of its members for their best deserving interests and welfare upon retirement and meeting the vesting requirements of the Retirement Board of Allegheny County, Pennsylvania.”

Unfortunately, our Record Book contains no minutes from those first meetings.  We believe the meetings took place in the Gold Room of the Courthouse; but those early organizers recognized the value of incorporating ACRA and imposing a formal structure on its operations, critical first steps in establishing credibility for the nascent organization.

The minutes we have on file date back to Wednesday, February 17, 1999.  But Court records from 1991 tell us crucial legal action was taken some years before that, legal action that continues to benefit retirees to this day.

In 1989, James McGrath, in his capacity as President of ACRA, filed a lawsuit against the Retirement Board of Allegheny County (RBAC), seeking retirees’ rights to vote and run for office on the Retirement Board.  (At the time, the Second Class County Code directed “the board [to] be composed of the county commissioners, the treasurer, the controller and two persons elected for four-year terms by ballot from among the members of the retirement system.”)  It’s hard to believe now, but at the time, the RBAC took the position that retirees did not qualify as members of the retirement system!  The Board maintained retirees were members when they were active employees, but they ceased to be members of the retirement system upon their retirement.  Fortunately, both the trial and Commonwealth courts rejected the RBAC’s interpretation of the Code.  Their 1991 decision in favor of Allegheny County retirees is the reason ACRA urges you to vote for the two retiree candidates for the Retirement Board when their seats are up for renewal, to better assure that retirees’ interests will continue to be actively heard and represented.

Jumping ahead now to February, 1999, we learn from those minutes that Jim McGrath was still President, George Ault was ACRA’s Treasurer and Rich Fowler was an active member.  We know that all three of these gentlemen were from the County Police Department and that they continued to play an active role in ACRA’s operations for a number of years.  Rich Fowler served as a Board member until his resignation in 2012.

The topic of discussion at that February, 1999, meeting involved a mailing Pete DeFazio made to all retirees, apparently, which listed everyone’s Social Security number on the outside of that person’s envelope.  Can you imagine such a thing happening in today’s identity theft environment?

By May, 1999, the minutes show 28 members in attendance at the Gold Room meeting, where the concern was securing a cost-of-living raise for retirees.  The June, 1999, minutes mention the Christmas Party for the first time.  It looks like Fran Zama arranged for a sit-down dinner to be held at DeMartino’s in Bridgeville.  Subsequent minutes show they were disappointed in the low turn-out that first year.  That “disappointment” became the cornerstone for what has become a popular ACRA tradition many members now wouldn’t miss.

In reading through the Minutes, another striking factor is the nature of the issues raised for discussion—they’re nearly identical to those your Board wrestles with today.  For instance, as early as January, 2000, President James McGrath was talking about getting ACRA exposure on the Internet.  Again in January 2002, “[w]e are going to try to get a Web sight [sic].”  In 2013, we finally achieved that goal.

Month after month, President McGrath raised the importance of securing a cost-of-living (COLA) raise for retirees, and argued for lobbying state legislators to change the law to guarantee it.  ACRA sponsored membership-loaded buses to Harrisburg in pursuit of the COLA goal.  Those Boards also struggled with ways of increasing attendance at membership meetings (which, in the beginning, did not include lunch), and, then, attracting larger luncheon crowds.

They debated where to hold luncheons.  They tried moving the luncheons to different venues throughout Allegheny County (only to discover that attracting new attendance from the North Hills, for example, meant losing members from the South Hills).

John Weinstein was one of the earliest meeting speakers and continues to be one of our most popular headliners.  Other forerunners in our popular luncheon speaker program:  the actuaries responsible for making contribution recommendations to the RBAC, the retirement fund’s portfolio managers, health insurance representatives talking about the following year’s premiums.  Sounds familiar, doesn’t it?  Some of the players have changed, but the concerns are universal in their importance to retirees’ quality of life.

We owe the ACRA pioneers a debt of gratitude for creating the footpath we have followed.

[Note:  Our records are deficient in facts from those early meetings and contain names that can’t be deciphered from original documents.  If you have some of that information, or additional history, kindly contact ACRA and help us improve and complete our historical record.]